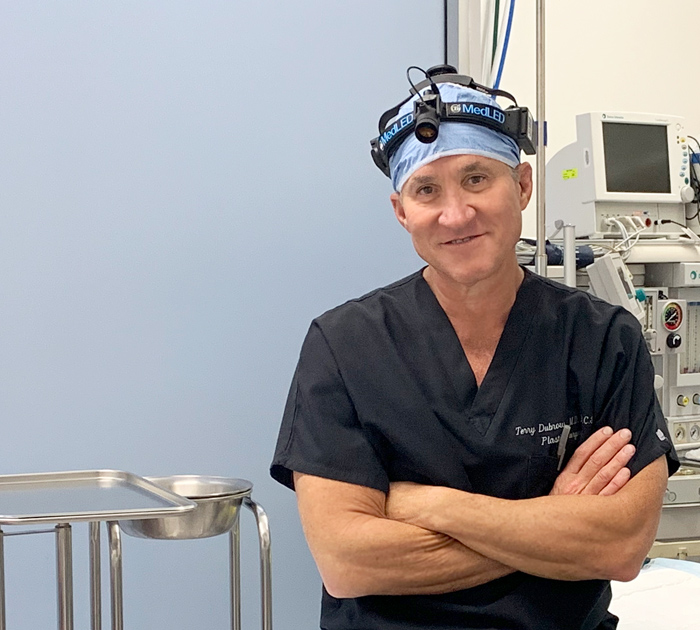 Born and raised in Los Angeles, Dr. Terry Dubrow obtained degrees in medical sciences from Yale University in 1980 and the UCLA School of Medicine in 1986. He completed a residency in general surgery, became chief resident in surgery at the Harbor-UCLA Medical Center in Los Angeles, and completed a plastic and reconstructive fellowship at the UCLA Medical Center in and went into private practice in 1993. He has authored more than 30 articles published in peer-reviewed journals and has lectured extensively to professional groups in surgery. A fellow of the American College of Surgeons, he is certified by The American Board of Plastic Surgery and is also a certified expert for the California Medical Board, working extensively since 2000 as an expert in medical malpractice. He is the author of The Acne Cure and writes extensively about health and wellness.

Dr. Dubrow has been showcased extensively in several major television productions. As the surgeon on the Fox Network’s The Swan, he performed and help coordinate extensive contestant transformations. On E! television’s Bridalplasty, he was the surgeon transforming the brides as well as the show’s medical producer. Since 2013, he has been the star of the E! network’s hit show, Botched. Dr. Dubrow is currently hosting a new show on the the Oxygen network, License to Kill He was also one of the three hosts of E! show Good Work.

Together he and his wife Heather Dubrow have written 2 books “Dr. and Mrs. Guinea Pig Present The Only Guide You’ll Ever Need to the Best Anti-Aging Treatments” and “The Dubrow Diet: Interval Eating to Lose Weight and Feel Ageless” and our in the process of writing their 3rd book. He and his wife also host the Podcast “Doctor and Mrs. Guinea Pig” on Podcast One as well as an extremely successful skincare and wellness line, Consult Beaute on the Evine television network.

He has been extensively featured on The View, The Today Show, Dr. Phil, CNN’s Headline News, CNN Showbiz Tonight, Larry King, Fox News, Fox and Friends, Good Day LA, and The CBS Early Show, and has been featured in many print publications including People, The New York Times, and The Los Angeles Times. He lives with his wife and four children in Newport Beach, California.

(Née Heather Paige Kent) is a veteran of scripted television and you may also recognize her from her 5 year stint on the Real Housewives of Orange County.

She is also an accomplished host with credits ranging from news rooms to talk shows. Heather’s top rated podcast “Heather Dubrow’s World” has amassed a huge following with over 60 million downloads, averaging over 2.6 million a month.

Heather is also well known internationally for her sense of design and fashion as evidenced by her YouTube channel, HEATHER’S CLOSET which has over 20 million downloads.

Together, the Dubrow’s have authored three books together including “Dr. and Mrs. Guinea Pig present The only guide you’ll ever need to the best anti aging treatments”, “The Dubrow Diet” which debuted at #1 on Amazon and Barnes and Noble and was the #2 most google searched diet of 2018. Their new book, “THE DUBROW KETO FUSION DIET” will be released in February 2020 from esteemed publishers Harper Collins. Terry and Heather have a top selling skin care and supplement line called CONSULT BEAUTE AND CONSULT HEALTH.

They have four children together and live in Newport Beach, California. 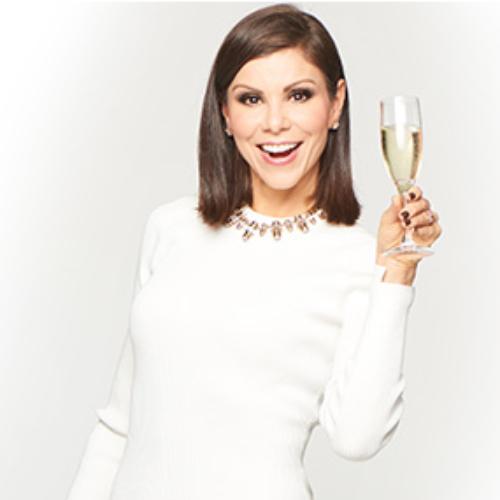